Home > Equipment > The Advantages and Disadvantages of Hands Free Equipment

The Advantages and Disadvantages of Hands Free Equipment 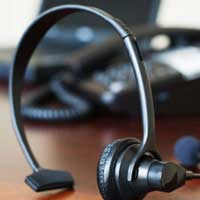 Hands-free equipment has been hailed as a brilliant solution to the dangers associated with handling a mobile phone, but is it really a safe alternative?

Many believe the introduction of hands-free mobile phone equipment into the consumer marketplace has offered a solution to two serious concerns about the use of mobiles, namely the damaging effects of mobile radiation on the user and the increased risk of accident caused by using the device while driving.

When mobile phones started to become widespread at the end of the last century, fears about the harmful effects of holding such a device to the ear began to emerge. It was believed that electromagnetic radiation from the mobile adversely affects brain tissue.

Hands-free equipment, whereby an earpiece and clip-on microphone allowed the mobile user to communicate without speaking into or holding the device, were marketed as a safe alternative, with the Australia’s Consumer Association reporting in 2000 that hands-free kits significantly reduce the effect on the brain. Sales promptly increased.

When concerns mounted about the use of mobile phones while driving increased this led to the practice being outlawed in 2003, hands-free sets were hailed as the solution to the problem. Drivers who insisted on making calls were able to obey the law, keep both hands on the wheel and talk on the phone all at the same time.

However, hands-free’s claim on the future of the mobile phone has not really panned out, with other studies suggesting that its health and safety benefits are not all they are cracked up to be.

Firstly, the claim that hands-free kits reduce the harmful effects of mobile radiation has been refuted by a report by the UK Consumer Association. In this study – which focused on the popular hands-free kits - it was concluded that instead of offering protection, some hands-free sets actually act as aerials and triple the amount of radiation reaching the brain from holding the mobile next to your ear.

Nevertheless, these claims have too be disputed, and it is still yet to be conclusively proven whether hands-free sets are more or less harmful than their handheld equivalents. Users of hands-free equipment should remain cautious and are advised to keep the mobile on a table or in a bag when making a call.

Research at the University of Utah in the USA found that speaking to someone on a mobile phone while is driving is dangerous regardless of whether you’re holding the phone or not. Even with both hands on the wheel, the level of impairment is still similar to that of a drunken driver.

The researchers concluded that all mobile phone use by drivers should be banned, not just those handling a hand set. The problem is the conversation and not the use of the hand. At the moment the law does not extend to cover hands-free kits, although if a driver using hands-free is seen not to be in full control of the vehicle then they risk penalties.

It has been argued that speaking on a phone hands-free is no more distracting than holding a conversation with somebody else in the car while driving. However, unlike with a mobile conversation, the flow of an in-car talk is dictated by the driving conditions and situations – talk would be much freer on a quiet country road than when negotiating a busy roundabout busy for instance.