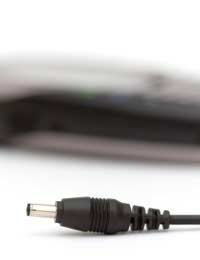 Mobile phones rely on their battery in order to function, and so it’s important that it is looked after so that it will keep powering your handset for as long as it should.

It’s easy to think of the mobile phone battery as nothing more than a portable power supply – as passive as a plug in a wall socket - however it is a device in itself and so requires its own particular care and maintenance considerations. Modern phone batteries should last around two years before they need replacing.

Generally the different battery types have their own requirements when being charged, but for that very first charge once being taken out the box at least, they should all be treated the same. This is perhaps the most important charge in the lifetime of the mobile phone battery.

With a brand new phone it’s tempting to whip it out its box, give it a quick charge and then have a play. However, this is not advisable. The mobile phone should first be charged for approximately 12 hours to make sure the battery is at its peak.

Ignore the fact that the screen may indicate the battery is full after a couple of hours. Most batteries charge 50% in a matter of minutes but then start to slow charge, and around 90% full they switch to trickle charging. Therefore, it may look like your battery is a fast charger, but it will actually need many hours to charge fully up to 100%. For this reason most mobile users charge their phone up over night.

Once the initial charge is complete you should adopt the charging routine appropriate to your battery type to help make it last longer. There are three main types: NiCd, NiMH and Li-Ion.

NiCd batteries should be discharged – when the mobile shuts itself down – every second charge cycle before being recharged. Therefore, it should be topped up once and then the next time given a full discharge/recharge. A NiCd battery can withstand a few top ups between full charges - so best practice is to give it a full discharge and charge up around once a week. Li-Ion batteries don’t need the full discharge at all but can happily get by with regular tops up whenever low, and then given a full charge up every month.

Making the Most of Your Battery Power

Once you know how to keep your mobile phone battery functioning effectively it’s time to consider ways in which you can make the most of your battery charge by limiting power wastage.

The first tip is to simply switch off the mobile phone when it is not in use. Mobiles and their batteries benefit from a regular downtime period – it preserves the battery life and helps clean out the mobile memory. The best time for this is during the night when you should want a bit of downtime too.

Modifying your display and ringtone settings are another good way to preserve battery life. For instance, try lowering the brightness of the backlight and reducing the length of time it stays on for when not in use. Other things to consider include modifying the volume of the ringtone and deciding whether you need the vibrate feature on all the time. If the phone is sitting on your desk in front of you, for example, then a loud ringtone volume and vibrate setting are somewhat unnecessary.

If you own a 3G then don’t forget those sterling connection speeds come at the expense of ravenous power consumption. When you don’t need 3G capabilities then try switching it to GSM 2G. Just by doing so could add an additional 50% to your mobile’s standby time.

Wi-Fi, Bluetooth and GPRS are other nice features that will happily eat through your battery life if you let them. When any of these facilities are not in use they should be switched to inactive. If left to their devices, Wi-Fi and Bluetooth will, for instance, continually use up battery power searching for someone to connect with.

Establishing a signal is something that can put a strain on your mobile battery. If the signal is weak or intermittent then your phone will use extra power trying to get a connection. So, if you are in an area where you know there is no proper reception then it’s best to just switch off the phone altogether.

If your mobile phone has a battery saver facility then use it. If a certain length of time has elapsed since the mobile was last used then this power save option kicks in and shuts down any non-essential features.