Home > Safety > Using a Mobile to Seek Help in an Emergency

Using a Mobile to Seek Help in an Emergency 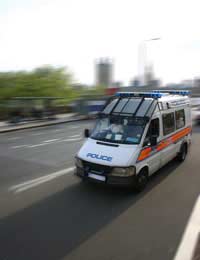 In an emergency, mobile phones can play a critical role but they are not infallible and cannot always be relied on to save the day.

In such a relatively short life, the mobile phone has already earned a formidable reputation as a brilliant lifesaver. Whether stranded on a mountain top, aboard a sinking ship or trapped in the wreckage of a car crash, the mobile can prove an effective means of contacting the emergency services.

And with around 95% of the UK population carrying a mobile phone on their person, it is now an almost omnipresent lifeline in times of a safety crisis.

Rather than relying on bystanders or concerned friends and family members, the mobile phone enables those caught up in an emergency situation to initiate their own rescue operation by using their pocket handset to dial 999. Those that see others in difficulty can also raise an immediate emergency alert rather than waste valuable time rushing off to find help.

The sooner the emergency services are alerted into taking action, the better the chances of a positive outcome, and the mobile phone is renowned for the role it plays in helping to achieve this.

If you find yourself in an emergency situation or witness others in trouble, then a mobile should be used to dial 999 immediately. If you are in an area easily reachable by car or foot then you need to ask the operator for the police. The coastguard is responsible for emergency situations in coastal areas, such as beaches and cliff paths, and mountain rescue takes care of hiking or climbing environments.

The operator will ask for the following information:

Mobile Phones Cannot be Relied On

Mobile phones can be invaluable in an emergency but they are not infallible and performance at critical moments can be hampered by poor signal coverage and a failing battery. After following the basic rule of always telling someone where you are going and when you plan to be back, here are some tips to help you get the most out of a mobile phone when on a journey:

No Substitute for Safety Preparation

Mobile phones are potential lifesavers but they should not be used as a substitute for appropriate preparation and equipment. One mountain rescue service said that 60% of their call-outs were basically hikers that had lost their way or sustained mild injuries due to overexertion, and who had used a mobile phone as their first line of defence if something went wrong.