Home > Regulations and Law > The Law on Photo Taking with a Mobile Phone?

The Law on Photo Taking with a Mobile Phone? 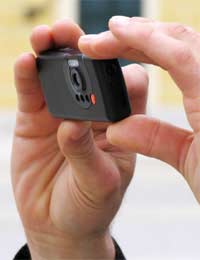 As the citizen’s freedom to snap comes under increasing threat from the law and its enforcers we ask, what rights does a photographer and their mobile phone camera have?

The Law and the Mobile Phone Camera

Picture the scene – as you point your camera phone at the impressive Manhattan Bridge in New York you suddenly hear shouts from a nearby security guard telling you to stop. Why? Because for all they know you might be not taking shots of the bridge at all, but the somewhat less remarkable car park directly beneath, which they are in charge of, and which you’d need permission to photograph.

Besides highlighting the worst kind of jobsworth, the example also shows how there are now many aspects to the modern environment that object to appearing in your viewfinder and make pains to try to keep them out, whether the law supports them or not.

Rights in a Public Place

As a rule, if you are on a public right of way you are free to photographs for personal and commercial use, just as long as you’re not causing an obstruction, or contravening the anti-Terrorism laws or Official Secrets Act. You’re even at liberty to take pictures of strangers in public places – and make money out it - just as long as your efforts can not be construed as harassment - such as by snapping their move or doing anything else that might cause ‘alarm or distress’.

It’s also wise to exercise a little more caution with regards to photographing children, if you endeavours could be interpreted as being an unhealthy interest. Those citizens who live outside the law might also take issue with your lens being pointed at them and their illicit behaviour.

As long as you are still standing on a public right of way – such as on the road –outside - you are officially allowed to take photographs of private buildings but, as the example above attests, that doesn’t mean bumptious owners or occupiers won’t try to stop you. Generally they would only have a case if you were actually standing on or inside their private property at the time.

This means, of course, that once you step inside a shop, fast food joint or an office, you are accountable to their policies regarding photo taking. Most premises won’t bat an eyelid if you whip out your camera phone, but be warned, some don’t take too kindly to it rearing its head - shopping centres in particular being particularly notorious for their strict photo policing. Establishments such as museums, art galleries and concert halls often ban photography as a condition of entry, so you don’t really have any right to complain if you get stopped.

If you happen to wander across private property and start taking photos without permission then you are trespassing, and liable for prosecution.

Distinction Between Commercial and Non-Commercial Photography

One area that sparks a lot of a confusion and disgruntlement with regards to the law and photography is the distinction between commercial and non-commercial photography. There are public places, such as the Royal Parks and tube stations in London, where professional photography is banned without a costly permit. But the problem, of course, is that if you’re only an amateur snapper then how do you prove you’re not photographing disgruntled tube commuters for a living?

Basically wandering around with a flash camera, tripod and kit bag will instantly mark you out as a professional and so you should expect to be asked for a permit. Of course, the great thing about mobile phone cameras is that they’re so fun and casual looking that you’ll never be mistaken for a commercial photographer.

No One Has the Right to Seize your Camera or Photos

If you are stopped for taking photographs, then it is important to note that regardless of whether you are doing so somewhere where the law says you can or can’t, no property owner or security guard has the right to seize or damage your camera or even demand that the offending images are deleted.