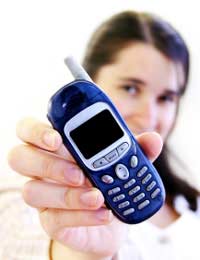 Of all the advertisements that bombard consumers each and every day few have proved more irritating than the unsolicited SMS ad. Fortunately laws are in place to keep them out of our mobile phones.

Exploiting the Popularity of the Text Message

The surge in popularity of the mobile phone in the early noughties failed to pass unnoticed by advertisers, who quickly seized the chance to exploit the media of SMS as a new way barrage consumer with ads. Although adverts are generally known to irritate more than they delight, this particular wave of unsolicited and unwanted SMS advertisement proved to be a particularly annoying strain.

Unlike emails, for instance, the SMS ad is often very difficult to delete without reading it. A survey conducted at the height of the scourge found that unsolicited texts were twice as likely to wind people up as being cold called out of working hours – up until then a number one consumer bugbear. To compound the misery for mobile users, some service providers even charge a fee for every message received, meaning that they then have to pay for spam they don’t want.

One of the major causes of the spam SMS plague was the lively black market trade in lists of mobile numbers. One popular means of ‘harvesting’ such numbers is where internet sites offer ‘free’ ring tone downloads on the condition that users first submit their mobile number.

The problem helped to usher in new UK anti-spam laws, which came into effect in December 2003 under the enforcement of the Office of the Information Commissioner. The law states that marketers can only send SMS pitches if all three following criteria are met:

Basically, you should only receive an SMS text message advert from UK companies if you have specifically asked for it. The EU-wide law also applies to other electronic mail, such as email, and video and picture messaging.

Criticism of the Anti-Spam Law

However, when it was announced, the law was met with great dissatisfaction. Amongst its fiercest critics were anti-spam campaigners and the data protection watchdog, the Information Commissioner’s Office (ICO).

One of the criticisms of the law was that while it bans the sending of spam to individuals, it fails to prevent marketers from sending unwanted junk messages to businesses. This was directed more specifically at email spamming, which unlike its SMS equivalent was proving a major sore point for businesses.

The law was also criticised by the ICO for not giving enough power to track down and prosecute the perpetrators, particularly if they are based outside of the UK, and also for the meagre maximum fine of £5,000 if they are then caught and the case is taken to a Magistrates’ Court. Furthermore, the actual process of taking legal action against a spammer is so laborious that it could take at least a year before the case makes it inside a courtroom.

Even those who welcomed the legislation admitted that it would unlikely have any great impact on stamping out spam.

Ultimately, although the spam law has faced heavy criticism, not least for being ‘unenforceable’, it is unquestionable that the issue of mobile spam needed to be addressed. Failure to put a regulation in place could have had serious consequences for the development of SMS marketing and discouraged the use of mobile technology, and thereby undermined the whole mobile phone sector. Although the spam law is not the complete solution, many believe that it is the only realistic option at present.