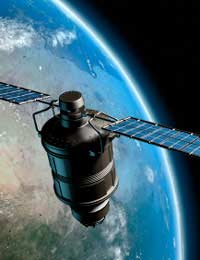 Mobile phones have revolutionised the way we are connected to others and our environment, but in doing so they have also introduced new threats to our privacy.

In a country watched over by millions of CCTV eyes, where ubiquitous digital cameras record every moment, our TV, telephone, Internet and shopping habits are covertly surveyed, and where ID cards will soon be compulsory, it is getting harder to preserve our fundamental human right to privacy. And now with mobile phone tracking becoming one of the hottest new mobile applications, it seems even our trusted pocket gadget is turning against us and informing on us.

The Security and Safety Costs of Mobile Phones

The advancement of the mobile phone into a multi-functioning mini-computer and entertainment system has come at the expense of public privacy.

When the camera phone first emerged, for example, it provoked controversy because of how its small, inconspicuous design enabled users to invade people’s privacy by taking covert photographs of them. In Korea, the rampant use of camera mobile phones for voyeuristic purposes prompted the government to demand manufacturers incorporate a ‘click’ of over 65 decibels when a photo was taken. Privacy International has been campaigning for devices in the UK to incorporate flash so as to similarly warn subjects a photo is being taken.

Prior the appearance of the mobile camera, it was the explosion of unsolicited text messages – or SMS spam – that was doing its bit to highlight the growing threat to mobile privacy. Although when anti-spam laws were introduced in 2003 and effectively kerbed the problem, it was likely the triumph for many was less how their privacy rights had been upheld than at least now their mobile phones would stop being clogged up with irritating spam.

‘Mobile tracking’ may have a very practical and useful function – namely to help worried parents track their kids to ensure their safety – but just like the camera, its misuse opens up a whole realm of privacy damaging possibilities that might make you think twice about the inseparable relationship your mobile currently boasts.

The service launched in the UK by World-Tracker, allows users to track any mobile phone around the globe and follow its movements from your computer. Aware of its great potential for stalking, the company imposed a security feature whereby if a mobile number is entered into the World-Tracker website then a text message is sent to the phone asking its owner to confirm whether they want to be tracked. Nevertheless, as a Guardian newspaper investigation discovered when a journalist managed to track his girlfriend without her knowledge, it is a system that is still relatively easy to abuse.

For those teenage tearaways and straying spouses suddenly panicking because of the trouble their mobile might be getting them into, the tracking company is legally obliged by the Data Protection Act to send occasional warning texts to the trackee’s mobile phone. So, you would at least know it had been taking place. Of course, by then it might be too late.

For those now paranoid that someone might be following their nocturnal exploits, you can always avoid detection by switching off your phone.

One of the chief benefits to all this increased connectivity is also one of its major downsides. Being ‘out of reach’ can sometimes be quite a blissful state, but it is becoming an ever rarer phenomenon. How can you shut out the modern world, with all its pressing engagements, deadlines, and news updates, if you are constantly plugged into the mainframe via the mobile in your pocket or the computer on your lap?