Ring Vs Text Vs Email 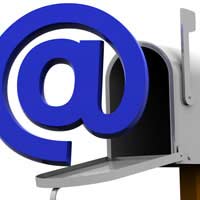 Whether it’s with text messages, emails or calls on mobile phones, it seems the Brits are taking advantage of modern technology to communicate with one another more than ever.

Communications with the Internet and Mobile Phones

A recent report by the communications regulator Ofcom has found that over the last decade Internet and mobile phone technology is responsible for a huge increase in the frequency with which we communicate with each other. For instance, between 2002 and 2007, the length of time Brits spent texting or talking on mobiles doubled from an average five minutes a day to ten.

The Era of the Text Message

The noughties will likely be remembered as the era of the text message. Its use blossomed at the turn of the century and the number sent has been increasing considerably year on year ever since. Nearly 60 billion were sent in the UK during 2007, an increase of 36% over the previous year, and of 234% since 2002.

The popularity of the text is in part due to its ability to communicate important, or trivial, nuggets of information quickly and quietly, saving the effort and expense of a telephone call, and also, crucially, because it can be done almost anywhere. When you’ll be late home because of leaves on the railway line, when there’s been a sudden change of plans for Friday night drinks, when you need to broadcast the birth of your baby, the text message is a very handy tool to have at your disposal.

The Beauty of Email Communication

If the text message is the telegram for the modern age, then the email is the contemporary letter form.

Statistics suggest that whereas youngsters favour the text, adults generally prefer to contact their friends via email. This could be simply equated with the fact that people generally get wordier as they get older. But it’s also because as people get older their lives start to diverge off into independent paths. The text may be ideal for exchanging idle gossip across the playground, but if you’ve not seen a friend in a few weeks and want to convey all your news and views then its limitations will quickly become apparent.

The beauty of email communication is their convenience. These days it can be a real pain trying to get hold of someone for a telephone conversation, and not only that but also engage their full attention – they could be pushing a shopping trolley down a supermarket aisle, or on a busy commuter bus at the time, for instance. With an email you can convey all that you want to say, and the recipient can give it their full attention at a time when it suits them. Of course a traditional letter can do exactly the same, but all that extra time and effort involved is just too much for the average person to bear.

When Emails and Texts Become One

As the lines between computers and mobile phones become ever more indistinct, it seems inevitable that at some point in the near future texts and emails will become one and the same. It has already started to happen with the emergence of smart mobile phones like the Blackberry, which is a mobile device adept at sending emails.

This merging of communication technologies will effectively cancel out the limitations of each. Emails will become pocket mobile and text messages from mobile phones will lose their basic, 160-character restrictive form. Will it therefore mean an end to the strange text speak – or txt spk - sub-culture?

However popular and sophisticated emails and texts become, they can still never replace direct voice communication. Mobile calls are therefore not in danger of losing their audience or identity any time soon. Instead they are busy slowly resigning the traditional landline phone to the scrap heap, as people become increasingly mobile with their telephone demands. The Ofcom report says that 7 out of 10 people with a mobile phone and a landline, opt to use the mobile even when they’re at home. 1 in 10 landline owners say they never use it at all to make calls.

Mobiles and Weather Forecasting
Share Your Story, Join the Discussion or Seek Advice..
It’s a sign of how fast things move that this article is now so far out of date. Texts have long since passed the 160 word limit, and every smartphone lets people email, use Skype and various other forms. They haven’t become one, but instead complement each other, although where they’ll go in the future remains to be seen.
Hmmm - 17-Sep-12 @ 3:09 PM
Title:
(never shown)
Firstname:
(never shown)
Surname:
(never shown)
Email:
(never shown)
Nickname:
(shown)
Comment:
Validate: